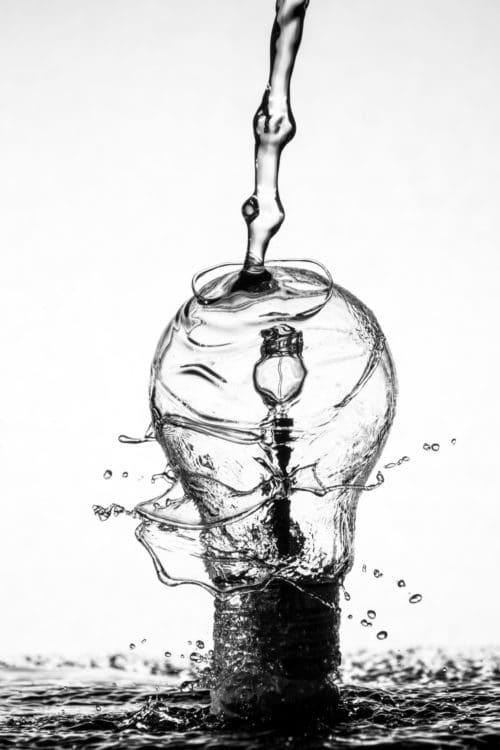 I get many of my best ideas in the shower, don’t you? But there you are, knuckle-deep in lathering shampoo, and all you can do is repeat the idea over and over until you can dry off and reach for something on which to write it down.

Recently, I thought I’d found the answer to that problem. I learned of a product called Aqua Notes, a waterproof notepad and pencil you can hang in the shower. After it arrived, I hung it up immediately, excited to never again miss a great line for this blog.

It’s been up for 10 days, and while I may have solved one problem, I created another. See, the shower used to be a stress-free zone, and now it’s home to one of the most intimidating things a writer can face, a blank page! They say some of the reasons we get our best ideas in the shower are because we release more dopamine and our brains are pleasantly distracted. I’ve discovered that dopamine and distraction don’t stand a chance when you’ve got a notebook shouting, “Hello! I’m sitting here waiting for all those great ideas. Clearly, you’re not as clever as you thought you were.”

I’ve considered moving the notebook to the wall just outside the shower, but then it will glare at me while I fix my hair or put on make-up. I thought about sticking it in a drawer in the vanity, but I’m likely to slip and kill myself trying to reach it from the tub. I thought about giving it away, so it can torture one of my friends, but I think I’ll keep it around for a while. It’s not the notebook’s fault I’ve frozen up. It’s mine. Who’s the boss here, me or a slip of soggy paper?

Tomorrow, I’ll doodle a little something on the notepad or write an affirmation like “You’re a genius” at the top. Then it won’t be the dreaded empty page I’m facing. It’s a silly, old author’s trick–just put anything down to fool your brain into thinking you’re making progress–but it works.

And one day soon, I’m sure, I’ll be visited again by the water muses. They’ll whisper some awesome idea in my ear, and I’ll be ready, soapy hands and all, to capture their gift before it slips away.

If you’d like to read more about why we get great ideas in the shower, click here.