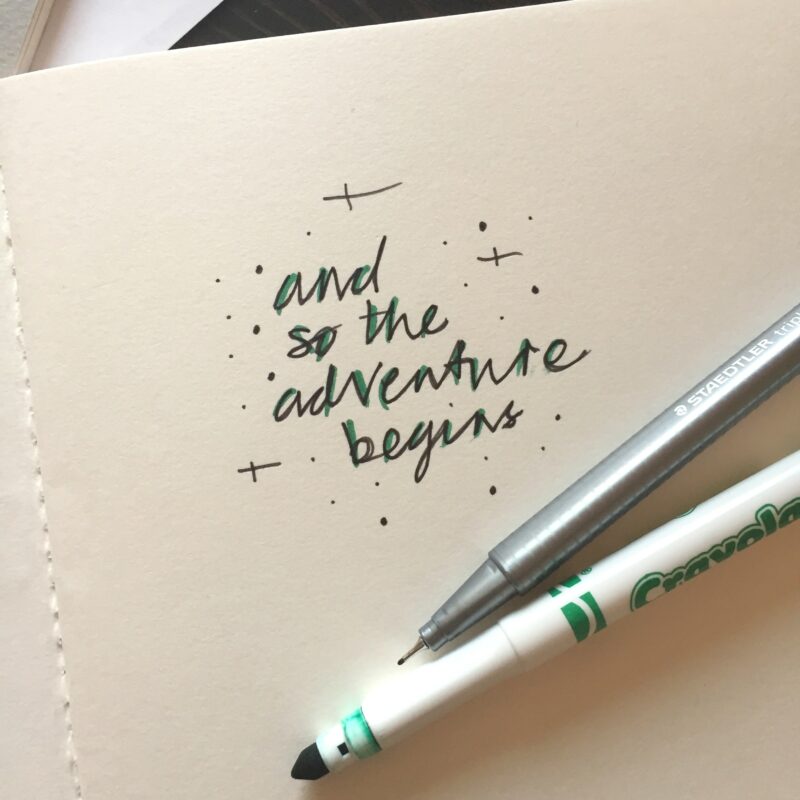 This year, I forgot to experience my usual New Year’s Eve melancholy that has been with me since I was a teen. For as many years as I can comfortably remember, New Year’s Eve was an occasion for parties and firecrackers and midnight kisses, but also a call to worry about the passage of time, to wonder where my life was going, to revisit the year’s successes and failures, and to plan for and worry about the future.

The last thing a person like me needed at a vulnerable time like that was the pressure to set New Year’s Resolutions or goals. But often I did. Not surprisingly, many of them were punitive or based on “shoulds.” Some were linked to the expectations of others; some were linked to judgments about myself. Some were high-reaching, which seemed hopeful and positive but often just set me up for failure, especially since many of those goals were actually outside of my control. They were wants and wishes, not goals.

Over time, I not only stopped setting resolutions, I rebelled against the concept as too linear, too suffocating, too tied to our national meritocracy, etc. But then when New Year’s Eve would roll around, I’d feel like I hadn’t “done” enough. I had no new achievement number to brag about or checked-off list to display or other device to prove I had moved forward. (Who exactly was I trying to prove myself to, anyway?)

I assume one reason I forgot to experience my habitual melancholy this year was because we were back in Idaho visiting family, and I was preoccupied. Also, thanks to health and personal issues, all of 2022 was a time of reflection, so I had “already done that.”  It also had to do with my husband and I moving in new directions for which we feel excitement.

But I think what also helped was a conversation I’d had with a friend in which I listed all the projects I wanted to start or advance in 2023. Six major ones, and a few minor ones. This is where the linear thinkers step in and say, “That’s too many. Narrow your list down and start breaking each goal into pieces so you can map out your progress.” This is where my non-linear brain says, “Wow, six things that are filling me with energy, passion, and excitement. Lucky me!”

Let’s say I manage to get all six of those undertakings off the ground this year, it stands to reason some will progress further and faster than others. And knowing what I do about creative flow, I’m sure there will be months when one project consumes most of my time, attention, and creativity, and months when it falls to the side. I can also guarantee there will be days when I dabble in all six projects at once (even if it’s only a stray idea or e-mail here or there).

With six projects on my plate, I’m sure some will come into fruition much sooner than I currently expect (they may not even be fully formed when they launch). And others may not get done at all. And none of that concerns me.

Because whether it’s my career or my hobbies or the friendships I want to cultivate or nourish, I know I will make progress because these are things I want to do! They are ideas that give me energy and people who challenge and delight me. Mine is not a list of objectives for the year, it’s a list of pleasures to be explored.

It’s true there is the bottom line. There are upcoming bills to tackle and household chores and repairs that will need addressing and family obligations to fulfill.  There’s my health to maintain and rest that is needed. There will be the occasional to-do list and long hours because several things are due at once. There will sometimes be deadlines and hard numbers I need to stick to. But I don’t have to try to guess at them all now. I definitely don’t need to put them in writing just because it happens to be January. They will make themselves obvious if I just give myself permission to move forward.

So, I guess I do have a resolution this year . . . I resolve to follow my energy, to race when my energy rises and rest when it falls. To adapt as the ideas form and solidify. To make lists in order to help me focus rather than to drive a false sense of productivity. And most of all to trust that as long as we’re following our passion, we’re always moving forward inwardly and outwardly whether it’s fully visible to us or the outside world at all.

If the universal goal for all humans is to grow old and wise, then every one of our successes and failures brings us closer to that ultimate goal. And there’s no list or app or resolution that will not organically change over the course of a year as we change, if we allow ourselves to.

So, here’s to another year of making and breaking resolutions (if you make them at all).