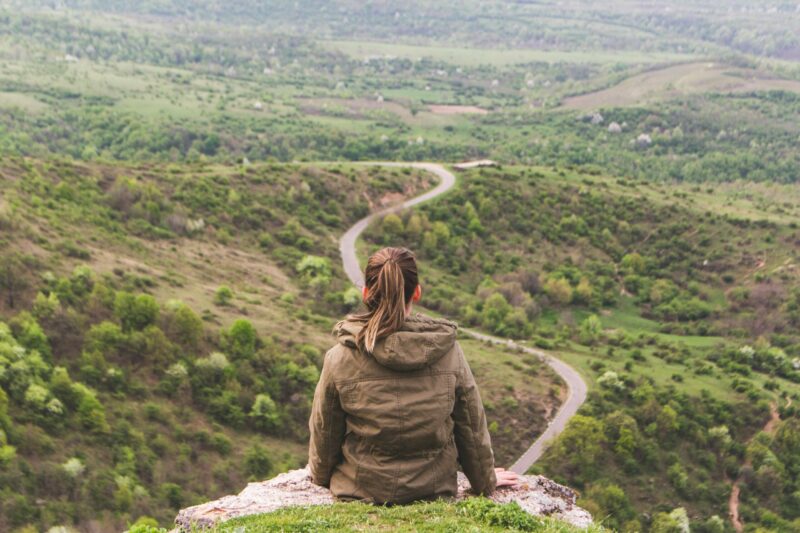 I was chatting with an artist friend the other day whose career is taking off. I complimented her by saying she’d done everything right over the years in terms of following all the steps to achieving her desired career and being patient with the process. She said something to the effect that it wasn’t hard to be patient when she knew she would someday be where she wanted to be. She believed that. She never questioned whether she was worthy of the dream, she just leaned into doing the work that would get her there, the work that she loved.

That’s the difference between those who stick it out in the arts (or any field) and those who don’t. We often trivialize success by saying, “the ones who make it are the ones who don’t give up.”  But we never ask why they didn’t give up. What keeps them believing, as my friend did, in themselves and their dreams even when there are setbacks, even when it seems to be taking forever?

In the early days of my career, there were so many times I could have given up. Times I thought about it even, but never did. I’d fantasized about writing a book since the fifth grade and had been lucky enough to stumble across a great idea for a novel while still in college. I did many things right in the beginning – I read books on writing, subscribed to writing magazines, joined a writer’s group – but my first five or six attempts at the book failed. My writer’s group kindly confirmed that.

In that early stage, I could have taken the internal and external criticism and decided I wasn’t good enough to write. That even though I’d tried my best, I lacked the proper talent. Instead, I decided I still wasn’t ready. That something was still missing. So, I stepped back and spent a few years writing short stories and personal essays to find my voice. Once I’d done that, I was able to return to the novel, and it finally came together.

Part of the secret to hanging in there is that successful dreamers are not usually pursuing a singular goal. If we narrow our vision in that manner, as soon as we don’t reach that particular objective, we give up. For example, I had an ambition to acquire an agent. I did that, but it didn’t work out, however I still did not give up. I once set a particular award as a target. But when I didn’t win, I still did not give up. That’s because those “markers of success” were things I wanted (or thought I wanted) but they weren’t what was really driving me. My love for writing was driving me, and my desire to get better. My dream had never really been to write one book, it had been to be a good writer and hopefully write lots of books. And I knew that could only come with years of practice, patience, persistence, and, yes, setbacks and failure.

So, the key to success, the key to dreaming, is to follow what you love, not what you want. Our wants distract and mislead us. Notice I said “follow” not “pursue.” Let the dream lead you, don’t chase it down. Be willing to wander with it patiently and trust it knows where it’s going. Allow the dream to change even as you change along the journey. Some of my writer friends did “quit” writing in favor of doing something they loved even more, like painting or acting or teaching, and their careers took off. It wasn’t the writing they had loved; it was creating. And they needed to figure out what type of creator they wanted to be.

Follow what you love, not what you want. Don’t aspire toward the dream, just live it.