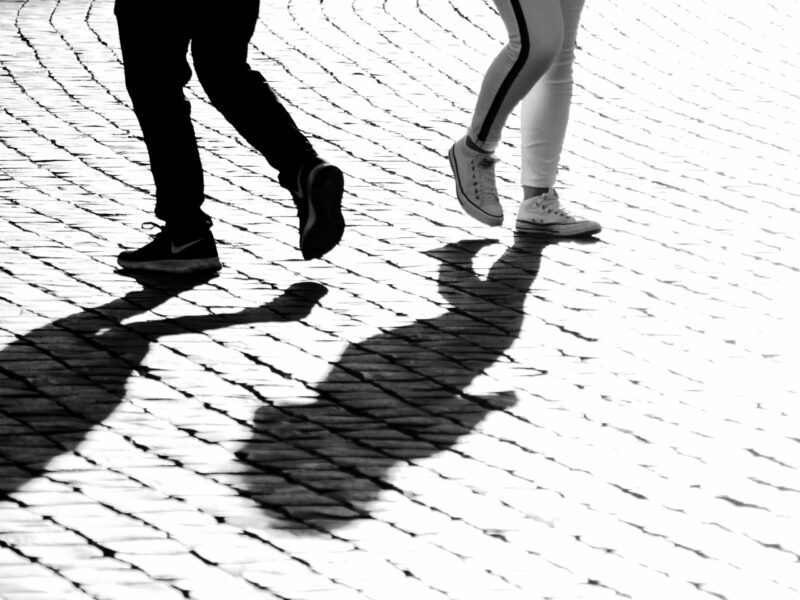 Not long ago, 14-year-old Russell Horning, a.k.a. “The Backpack Kid”, originated a dance called “The Floss.” It’s a catchy little move sequence in which your straightened arms swing back and forth across your body while your hips move in a quick pendulum motion. When the dance first got popular, I asked my daughter to teach my husband and me how to do it. She stood up and demonstrated. Roger watched for about ten seconds and then he was flossing right alongside her. I was a different story.

They tried; they really did. For a good fifteen minutes my husband and daughter demonstrated over and over how to do the moves. They instructed me, they tried to move my arms and hips for me. Mostly, though, they just laughed. We all did. There was a reason I was always picked last for every team in gym class. I’ve never been coordinated.

People tell me all the time they’re not creative. They point to all the artistic things they’ve tried unsuccessfully to do (like me with dancing) and offer those up as proof. Usually, they refer to a sibling or parent who is actually good at those same things, as if they stole all the creative genes. Sometimes they tell me how hard they tried (“I took lessons for years, but I was just never good enough”), so that I understand it’s not a matter of giving up too soon. Other times, they point to something they are good at to “make up” for not being creative (“I’m not artistic, but I’m really good at math”). And then there’s my favorite, when people insist they are “left-brained” thinkers, as if it would be impossible to access their right brain no matter how hard they tried.

If I were to make a list of all the things I suck at, you might not think of me as a creative person either. But that’s not really how creativity works. Creativity isn’t about the outcome, it’s about the pursuit. It’s about the joy and the challenge and the connections that are made. It’s about laughing at how bad you are because laughter makes us feel so much better. Creativity is not about excellence or perfection; it’s about play and permission.

For the longest time, I believed I was a terrible dancer. And then when I met my husband in college, he taught me how to Western swing. I warned him I probably wouldn’t get it, but he was patient. In time, I came to love it. And I’m not half bad, if I’m dancing with Roger, because I know what moves to expect. In fact, people often compliment our dancing, which still surprises me. It’s impossible now to swing dance without a smile on my face. Sure, we’re following the moves, but the rhythm we’ve created is all our own. It’s where our creative senses came together. It’s a connection that belongs only to us. It’s creative in all the best ways. (Just don’t leave me out there on my own – you don’t want to see that).

So don’t tell me you’re not creative. I’m never going to believe you, no matter how hard or in how many ways you insist. Today, get back in touch with your own creative rhythm, with or without a partner, and just have fun.