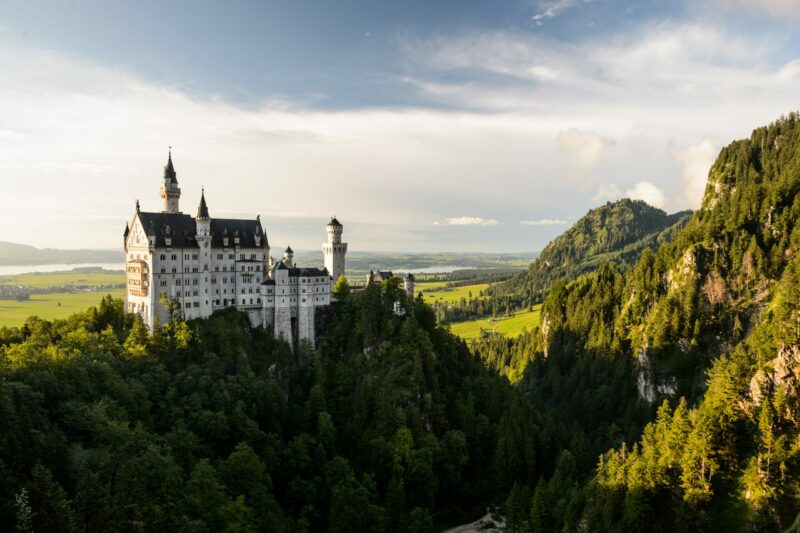 The other day I was listening to a podcast (I neglected to note which one) and one of the guests said something I’ve always believed but never had the guts to declare out loud. He said whenever he meets someone who insists they have no regrets, he assumes they’re either lying, or kidding themselves, or have led a very uninteresting, unexamined life.

Living as we do in the Land of Positivity, the correct answer to the question, “Do you have any regrets?” is supposed to be, “I don’t believe in regrets. Life is good. I’m blessed.”  But why can’t life be good and also contain regrets? The guest on the podcast suggested regrets could be productive if they cause you to make changes in your current life.

When I was 19, I was fortunate to spend two months doing the shoestring tour around Europe. I traveled with two girls who were of the same mind, and that mind was often not in sync with mine. When we reached Germany, I said the thing I most wanted to see was the Neuschwanstein Castle. The girls, though, decided it was too out of the way and they were not interested. Rather than advocating for myself, I chose to not rock the boat. We did not visit the palace. I never forgave myself for that. A couple of years later, I bought a pen and ink drawing of the castle and hung it on my wall to remind me to never, ever miss out on something I longed for just to appease other people. The drawing still serves as a reminder for me.

During the pandemic, many of us were forced to face regrets whether we wanted to or not. Maybe we regretted not visiting parents when we had the chance before the lockdown kept us all apart for months. Maybe we regretted not putting more money in savings to get us past bouts of unemployment. Maybe we regretted choosing or not choosing an online schooling option for our kids. The pandemic – this collective heartache –made it okay to finally admit our regrets, and in doing so, people could offer support, encouragement, and suggestions. We could truly be there for each other because our regrets were on the table, not buried deep.

During the pandemic, I looked one of my oldest regrets in the face. I’ve long regretted not becoming fluent in Spanish when I was young and had more time and a much nimbler mind. When some space opened up to me in the past year, thanks to the pandemic, I signed up for a Spanish class. Learning and relearning the language is harder now than it would have been if I’d stayed the course in my studies following high school. It’s slow going, for sure, but I am making progress and that feels good.

If admitting a regret helps you move forward on a goal, or adjust detrimental behavior, or find the guts to do something you’ve longed to do all your life, that’s a good thing, right? And if it really is too late to address that regret, ask yourself what you’ve learned from missing that opportunity or causing that harm and how to make sure it never happens again.

Give yourself permission today to admit to a regret (or several). It’s possible to have a “good life,” a “blessed life,” and still have regrets. That is, after all, a human life.