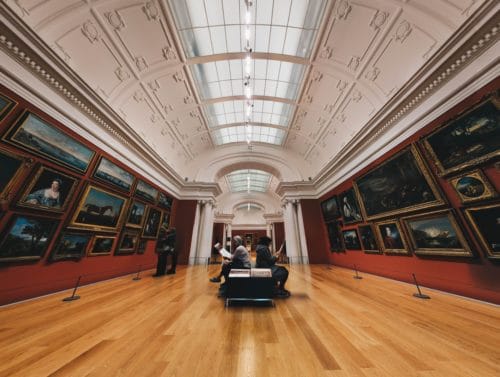 A friend related a story on social media the other day about meeting a wonderful couple at the train station and bonding with them during a two-hour waiting period. It was clear how much joy that encounter brought her. It reminded me of a similar experience I had last week on a plane ride home from New York City. A man about my age scooted past me to the window seat (I was in the middle) and did what most people do on airplanes nowadays, he smiled politely then started looking at his phone. Following the new, accepted protocol, I didn’t bother him.

But about 30 minutes into the flight, he pulled out a script and started making notes. I couldn’t help myself. I asked, “Did you write that play?” This simple question lead to a three-hour conversation about writing, theater, production, New York, reincarnation, angels, and all kinds of other interesting topics. I learned a lot, he learned a lot, and we promised to keep in touch.

I’ve got a million stories like that. So does the friend I talked about earlier. I’ve known her to invite someone to her holiday party whom she met in the grocery store line. I’ve had so many memorable conversations on airplanes, mostly back in the days when people didn’t just put in their ear buds and zone out. Some of those conversations even sparked story ideas. 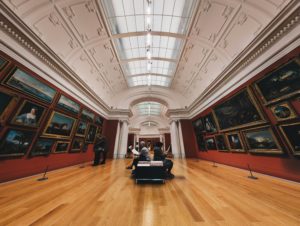 Do you realize there are potential friends, colleagues, allies, supporters, advisors, and sources of inspiration all around you? They’re sitting next to you at the coffee shop or standing in front of you in line or waiting on you at the restaurant. At first glance, they may seem just like you or nothing like you. They might be friendly or standoffish. They might be boisterous or shy. They might say something that lifts you up or something that annoys the hell out of you. They don’t always fit the profile of the type of person you think you are drawn to. So, approach every encounter with curiosity rather than judgment.

Many people in the arts identify as introverts. They tell me it’s hard for them to network on behalf of their businesses, let alone start a casual conversation with a stranger. They tell me they want to be left alone on an airplane. I get that. I feel that way myself sometimes.

But if your gut instinct is to talk to that person sitting next to you, don’t shut it down. Maybe he or she was put in your path for a reason. Your intuition recognizes that, so trust it! Put yourself out there a bit. See where a conversation with a stranger can take you!