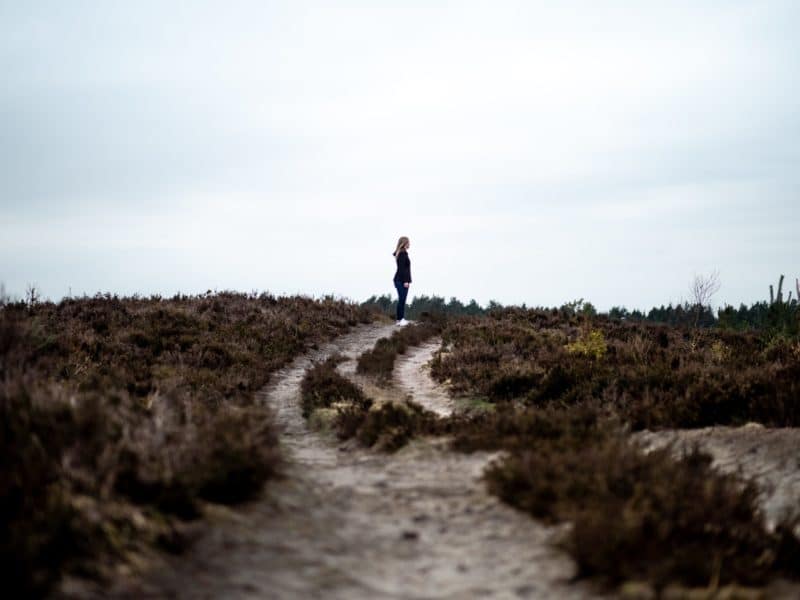 My husband and I were walking in our neighborhood when a car came racing by. I estimate the driver was going 10 miles over the speed limit. There was a blind curve coming up, and I’d seen some kids on bikes earlier, so without thinking, I jabbed my finger in his direction to tell him to slow down. He looked right at me when I did it.

I imagined what I’d say if he circled the block, jumped out of his car, and raged toward me. Everyone is so on edge right now; it wasn’t hard to believe that could happen. I knew I’d start with a sincere apology. “I’m sorry. That was really rude of me to point at you that way, it’s just that you were going fast and there are kids on bikes and I didn’t know how else to get your attention.” My hope of course, was that he’d accept my apology, admit his error, and drive off at a safer speed, but I sort of doubted that’s how it would go down.

So, if I knew it was a risk to try to correct his behavior, why did I do it? Well, partly out of concern for the safety of the kids in our neighborhood, that’s true. But also, partly because in a world that lately feels out of my control, I probably just wanted to feel for a moment like I had some sway. In my own little corner of the world, I felt justified in being judge, jury, and law enforcement all wrapped up in one.

A couple of evenings later, my husband was driving and we were navigating through a tricky parking area. We didn’t observe the narrow crosswalk we were driving through until we were in it. I turned and saw a woman just outside my window gesturing at the crosswalk as if to say, “You cut me off! I have the right of way. Shame on you.”

I didn’t notice her soon enough to mouth the words “I’m sorry,” but she wouldn’t have seen it anyway through my mask. Now we were in the wrong and had caused distress to someone else. It felt really bad to feel judged by her, even though she had every right to be angry.

And so it goes. One minute we have the moral high ground, another minute someone else does. It’s tempting here to say the only thing we truly have control over is our own thoughts, feelings, and reactions, but that’s too simplistic, because no matter how hard we try to remain patient, kind, empathetic, understanding, and loving, there are moments that tip us over the edge.

Once a mistake has been made, once a disagreement has transpired, what we can do is recognize our role in it, because conflict requires two parties. Admitting our responsibility, apologizing, forgiving ourselves and the other, these are things that do remain in our control. And the quicker we can do them, the less power the altercation holds over us. Anger, resentment, frustration, and annoyance take energy, even if you believe they’re justified.

So, find a positive way to release them, through your art, through prayer or meditation, through action taken for the higher good, through whatever works for you. Because now more than ever, we need to save our energy for building up rather than tearing down.