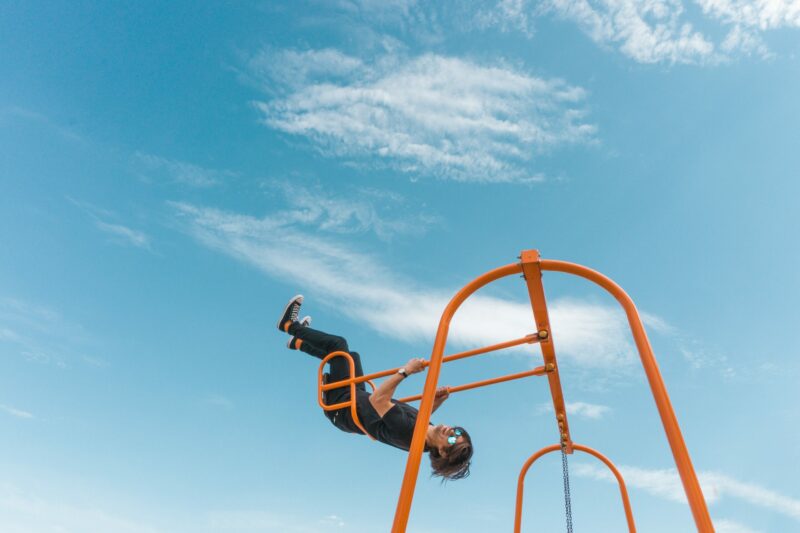 I’ve been failing at my sabbatical. That’s the word I’ve been choosing to describe this period of stepping back from the work for which I once felt such devotion. It sounded like a more romantic word than “break” and a less confusing term than “gap year” and a less dramatic designation than “mid-life crisis.” It could be a bit of a misnomer in that sabbaticals are often a time of paid leave and often associated with college professors, but it’s not strictly speaking defined by either of those conditions. Merriam-Webster defines it as “a period of time during which someone does not work at his or her regular job and is able to rest, travel, do research, etc.”

The word sabbatical also comes from the word “sabbath” and is meant to evoke a period of rest and restoration. And certainly, many of us could use that after the last year and a half we’ve all experienced. So how have I failed at my sabbatical? Well, it’s pretty hard to “rest” when you’re busy beating yourself up. Since I declared my time off, I’ve spent most of my days feeling guilty, ashamed, lost, and embarrassed. Those emotions are hardly relaxing.

I grew up the daughter of two baby boomers whose work ethics were relentless and inspiring. The example they set implied that consistent, hard work was expected and valued. I was a Gen X woman myself, the first generation of what they called “superwomen” who were supposed to run companies, take care of a household, and volunteer all while looking good and keeping our spouses satisfied. And we were supposed to do it alone. Superwomen don’t need help. I was also a child of the 80s, the first generation to insist we didn’t need to take any old job, we could follow our dreams and find success there. The boomers called us the “Me Generation” and said we were lazy and spoiled (the same things we then said about the generation that followed us). And, of course, I was also the good, little Catholic girl who was often reminded that idleness was a sin.

So along comes this time in my life when I felt called to set work aside and figure out where this transformation was leading me. I listened to my wise friends who advised me to let it all go for a while and see who I was underneath the identity of writer/speaker/teacher/activist. And I did that, on paper anyway. But in my heart, I felt guilty that I wasn’t working more, ashamed that I couldn’t name my new direction, lost without my old identity, and embarrassed to admit the privilege that allows me to take this time off.

I don’t give myself enough credit, of course. I never have. After all, I found a way to take this break without hurting the bottom line of my business. That’s amazing. And I gave myself permission to do something really hard. That’s admirable. And I’ve sat with the emotions and leaned into my learning and that’s work of a different kind, believe me.

What’s been missing during this sabbatical is joy. It’s hard to feel joy if you’re busy feeling guilty, ashamed, lost, and embarrassed. When you think of rest, do you imagine yourself on a blanket by the beach, or tucked under your warm covers on a cold winter night, or lying on a massage table with soft music playing? In each of those instances, you feel peace, comfort, love, and joy.

So, I’m recommitting to my sabbatical, only this time I’m taking a break from the negative thoughts and old associations too. This time, I’m actually going to rest. I’m going to try, anyway.